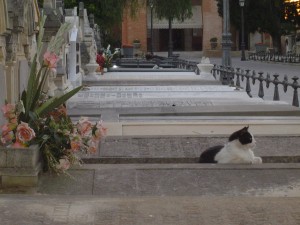 The conference "intermediate worlds, For Lost "and" Thoughts about death and literature "a close the cycle of death Anthropology

Barcelona, 26 febrer 2013.- Although death is a taboo for many of society that seeks to hide, rituals and funerary culture is a fundamental form of human expression both now as it has been throughout all history. This constant and interdisciplinary analysis is the center of the cycle of death Anthropology: rituals and beliefs, that began last 4 February, edited by Serveis Barcelona Funeraris- Mémora Group and Barcelona Library.

The intermediate worlds between life and death, For Lost
Manuel Delgado, Professor of Anthropology at the UB
Jaume Fuster Library (Pl de Lesseps, 20-22)

"Yesterday it was; tomorrow has not arrived ". Reflections on death in literature
Anabel Sáiz, Doctor of Philology, Professor at IES Jaume I
Joan Miró Library (Joan Miró park / Vilamarí, 61)